The Goodiepal Equation at CPH:DOX 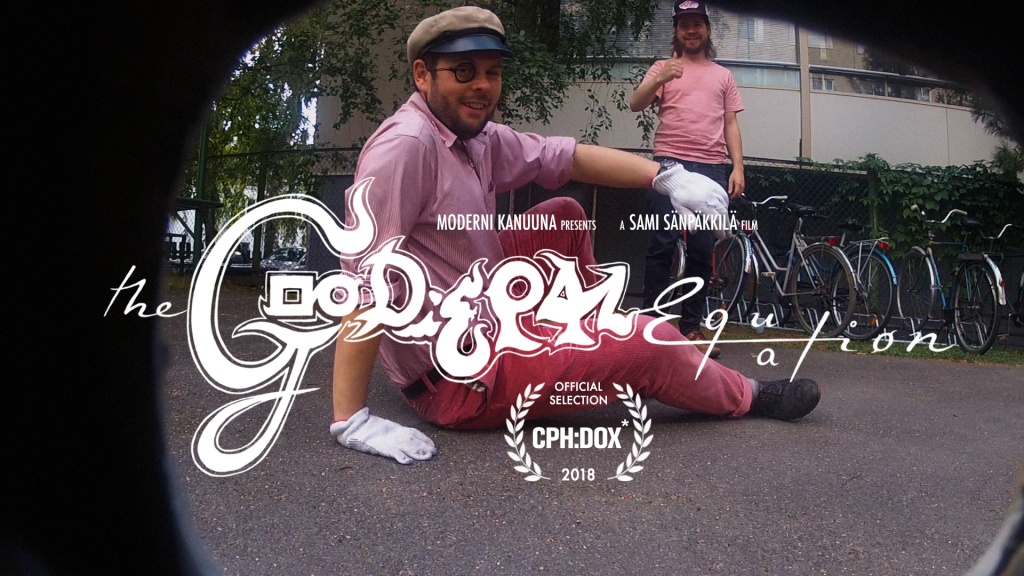 The Goodiepal Equation has been accepted to CPH:DOX and will have three screenings there end of March.

Fri. 23/03 – 17:00 – Gloria
After the screening there will be a talk about Goodiepal’s work by curator at The Museum of Contemporary Art, Magnus Kaslov and art critics from Weekendavisen Maria Kjær Themsen.

GET YOUR TICKETS HERE: https://cphdox.dk/en/programme/film/?id=450

Over the past 20 years, the self-proclaimed techno-warrior Goodiepal from Aarhus has reinvented both himself and his artistic mission countless times. He is an inventor, artist, bicycle maker, speed talker, hacker and composer of radical computer music: Our man Goodie has many talents! So in six years of his life, one can expect a bit of everything – and that’s literally what we get. From when he bikes to Estonia on the home-built bike rocket Kommunal Klon Komputer 02 to give a speech, to when he ‘moves in’ at the National Gallery of Denmark. And from when he (maybe) borrows half a million kroner from the Ukrainian mafia to sell thousands of LPs with 500 DKK in cash in the cover for just 350 DKK per album, to when he is fired for borrowing and ‘improving’ an expensive supercomputer belonging to the Royal Academy of Music in Aarhus. The avantgarde scene’s answer to Gyro Gearloose is always at it, and always on his way to do something new. But Goodiepal is also a loyal friend, and a devoted boyfriend – and on top of that he lives in the shadow of a hereditary disease, which has driven the men in his family to suicide. Meet the man behind the mystery in a film about a singular person.